A low evergreen shrub rarely more than 11⁄2 ft. high, whose slender, glabrous, wiry stems are clothed thickly with stiff, hard-textured leaves; young wood pinkish. Leaves linear-oblong, tapered at both ends, 1 to 11⁄2 in. long, 1⁄8 to 1⁄3 in. wide, but made to appear narrower than they really are by the recurving of the margins; dark green above, glaucous or slightly felted beneath. Flowers produced in short, compact clusters at the end of the shoots during May and succeeding months, each flower on a stalk 1⁄4 in. or less in length. The corolla is pink, 1⁄4 in. long, pitcher-shaped, contracted towards the mouth, where are five small recurved teeth. Calyx five-lobed, the lobes triangular, glaucous.

Native of the colder parts of the northern hemisphere, mostly confined to mountains in the southern part of its range and found most commonly in peat or sphagnum bogs. It is an interesting and pretty shrub, requiring a damp peaty soil to thrive in. In the Thames Valley it succeeds better if the ground in which it is planted is covered with an inch or two of sphagnum moss, which acts as a sponge in conserving moisture.

Botanists have, for the most part, considered it unnecessary to distinguish the many slightly differing forms of this species in the natural state, though many of these, as shown by cultivated plants, were named in horticultural literature of the early nineteenth century. In Japan, which appears to be the main source of the plants now cultivated in British gardens, some of these names have been taken up by local botanists. For example, Nakai has adopted var. minima G. Don for dwarf plants of prostrate habit with narrow leaves; and var. grandiflora Lodd. for more robust plants with broader leaves, conspicuously glaucous beneath and larger, deeper-coloured flowers. However, such variants are certainly not confined to Japan: the two names mentioned are in fact founded on plants of European origin.

Certain other epithets current in gardens, such as nana, compacta, congesta, appear to derive from Japanese horticultural names and have no botanical standing, though some may represent clones. The Japanese garden plant known as A. polifolia grandiflora compacta is of compact habit, with abundant coral-pink flowers and glaucous, pea-green leaves (K. Wada, Gard. Chron., May 15, 1965, p. 473). A plant similar to this was introduced from Japan between the wars and is usually grown as compacta or nana compacta, but the nomenclature is very confused. A beautiful white-flowered form collected in the mountains north of Tokyo was given an Award of Merit as A. p. compacta alba when shown by Roy Elliott, who introduced it, in 1959. Another white-flowered form was shown by Dr Giuseppi in 1934 as A. p. congesta.

A. glaucophylla Link – Leaves densely covered beneath with short, erect hairs; flower-stalks shorter than in A. polifolia. Native of N. America. 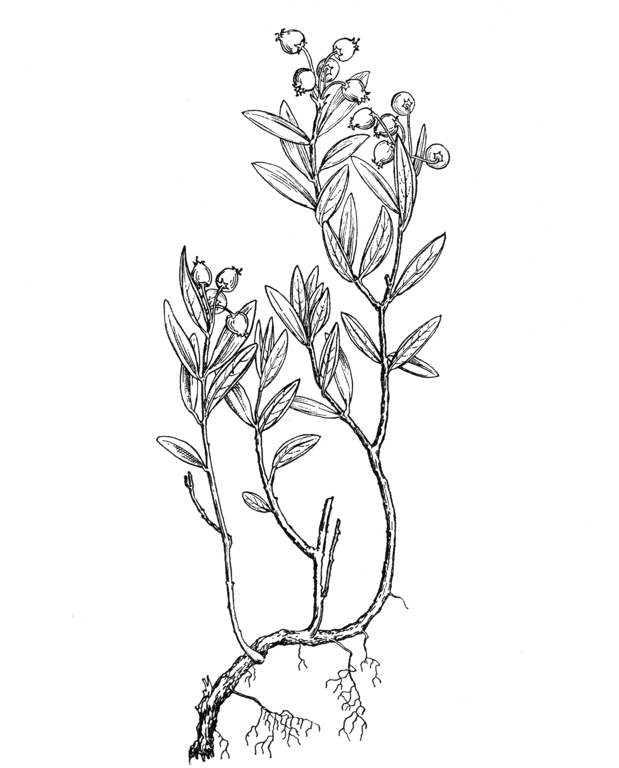 In addition to the selections mentioned, there is ‘Macrophylla’, introduced from Japan by Jack Drake in 1960. In this the leaves are not at all revolute and thus appear unusually broad. Flowers deep pink, tending to urceolate in shape. Habit compact (Richard Gorer in Bull. Alp. Gard. Soc., Vol. 39 (1971), p. 320; illustrated in Vol. 38, p. 392). It received a First Class Certificate in 1981.