An evergreen tree ultimately 40 to 50 ft high, with a trunk up to 3 ft in girth, without down in all its parts. The ultimate branchlets are arranged in one plane to form tripinnate, frond-like sprays. The leaves are in fours but amalgamated and flattened (as in Libocedrus), with only the four points free; the two side ones are longest and have slender points and a white streak of stomata at the back; the back and front ones are shorter and more abruptly pointed. Each quartet of leaves is 1⁄3 in. long on young trees, becoming shorter on older ones until, on flowering shoots, they become only 1⁄10 in. long and quite blunt. Cones ripening the second year, globose, about 1 in. long, with twelve to sixteen scales which are wedged-shaped or club-shaped, with a small boss in the sunken centre of the top. Seeds (two to each scale) have two very unequal wings.

Native of China in the provinces of Fukien, Chekiang, and Kweichow; discovered by Captain A. Hodgins about 1904 and introduced to cultivation by Admiral Clinton-Baker, who sent two plants to his brother’s collection at Bayfordbury, Herts, in 1909. It is very rare and unlikely to reach any size even in the mildest parts. It is certainly tender, but a plant has survived for more than thirty years at Borde Hill, Sussex, in light woodland, and is about 4 ft high (1968); there is another of about the same size at Leonardslee in the same •county and one of 6 ft at Exbury, Hants. That it is lack of summer-heat as much as winter-cold which inhibits the growth of this species is shown by the specimen on Garinish Island, Co. Cork, which is about the same size as the English ones. 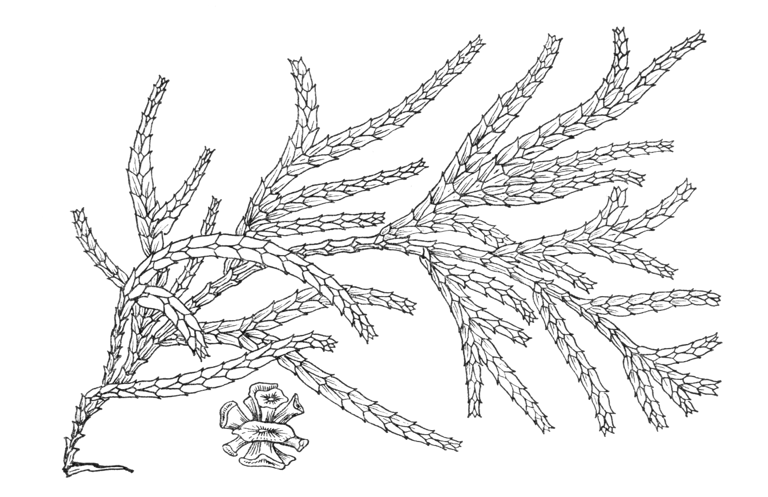