A dwarf, creeping, evergreen shrub from 6 to 12 in. high, with glabrous, alternate, box-like, dull green leaves, 1⁄2 to 1 in. long, oval or narrow oblong, not toothed, but with a small pointed tip. Flowers 1⁄2 in. long, produced from the leaf-axils near the end of the shoot, singly or in pairs; they rather resemble the flowers of the pea family, and are creamy white, with the end of the keel bright yellow. The fruit is a flat, two-seeded capsule; seeds downy. Bot. Mag., t. 316.

This charming little shrub is a native of the mountainous regions of Central Europe, also of the Apennines and of W. Yugoslavia, etc. It occurs most abundantly on calcareous formations. It succeeds in cool, moist positions, forming neat tufts covered with the delightful flowers in April and May. Under cultivation it seems to thrive very well in a peaty soil or in a sandy loam. In positions where it thrives (and the Thames Valley with its dry, hot spells is not the most suitable) it is readily propagated by taking off the sucker growths with roots attached.

var. grandiflora Gaud. P. chamaebuxus var. rhodoptera Ball; P. c. var. purpurea Neilr. – Wings rose to crimson; keel often tinged with red (though it often is so even on plants with white wings). Plants of this character occur in the wild, often wholly taking the place of the normal form with white wings and a yellow keel. 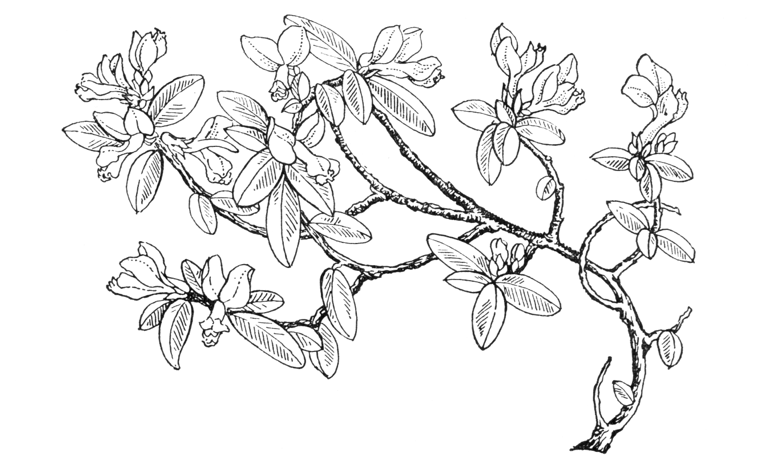