A tree 50 to 80 ft high, with a fissured trunk 6 to 8 ft in girth; young shoots and common-stalk of the leaf of some plants furnished with pale hairs persisting through the first winter, but in others both are quite glabrous. Leaves 8 to 15 in. long, composed of eleven to twenty-one (sometimes twenty-five) leaflets, which are oblong or narrowly oval, tapered at both ends, finely and regularly toothed, 2 to 5 in. long, 1⁄3 to 2 in. wide; the common stalk winged in the spaces between each pair of leaflets, the wings sparsely toothed. Male catkins 21⁄2 in. long; female ones 8 in. long. Nut roundish oval with a short beak, the two wings forward-pointing, narrow, tapering, 3⁄4 in. long, 1⁄5 in. wide at the base, forming a V.

Native of China, whence specimens were sent to France by the missionary Joseph Callery in 1844, on which Casimir de Candolle founded the species. It appears to have been introduced to Europe about 1860. Its winged leaf-stalks and the forward-pointing narrow wings of the nuts distinguish it from P. fraxinifolia. 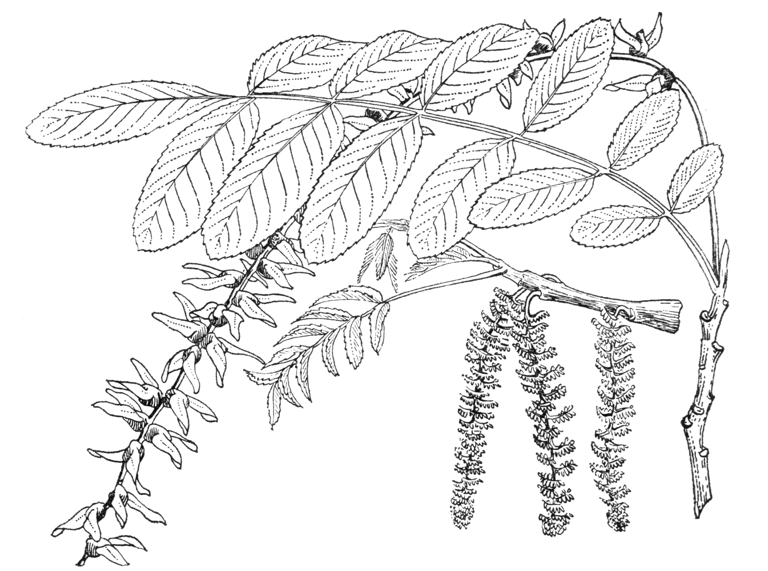