A deciduous shrub in cultivation, but a small tree sometimes 30 to 40 ft high in China, of spreading, rounded habit; young shoots downy. Leaves variable in shape, usually oval, sometimes obovate, sometimes almost round; from 1 to 4 in. long, 3⁄4 to 2 in. wide; rounded, notched, or blunt at the point, tapered at the base; shiny green above and downy on the midrib; downy more or less all over beneath, but especially on the midrib and veins; stalk 1⁄4 to 1⁄2 in. long, downy. Flowers snow-white, produced during June and July in erect, cymose panicles terminating young shoots of the year, 2 to 3 in. high, and 2 to 4 in. wide. Each subdivision of the inflorescence carries normally three flowers, the four strap-shaped petals of which are 3⁄4 in. long, 1⁄8 in. wide.

Native of China, where it is widely spread; introduced by Fortune in 1845, but apparently not established in gardens until reintroduced by Maries in 1879. It is easily distinguished from its American ally by flowering on the young shoots of the year and by the erect, shorter, broader panicles. It is a shrub of the first rank, one traveller in China comparing it when in flower to a ‘dome of soft, fleecy snow’. 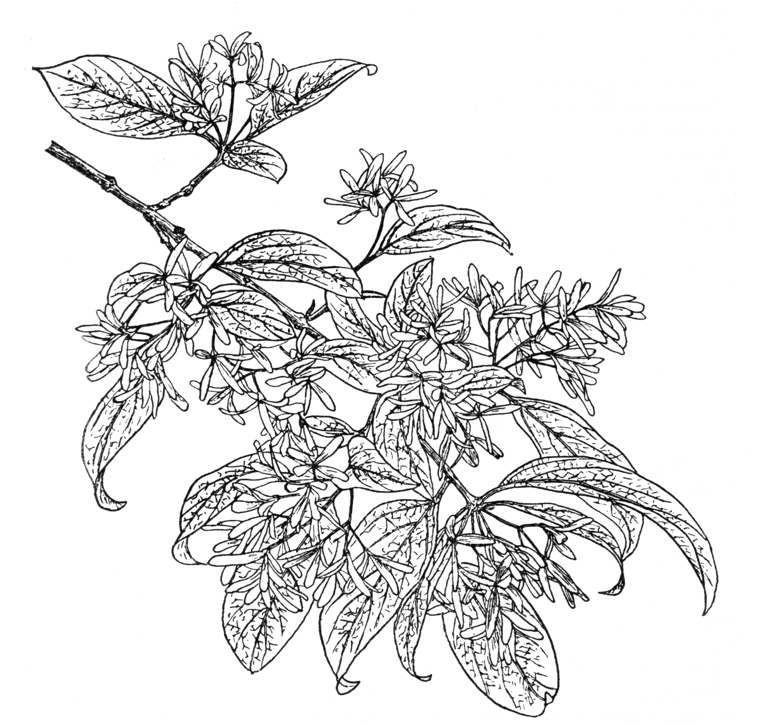