An evergreen shrub, of rounded, bushy habit, 6 to 10 ft high; young shoots downy. Leaves opposite, 3 to 6 in. long, consisting nearly always of three leaflets, but occasionally two or four. Leaflets stalkless, obovate, 11⁄2 to 3 in. long, about one-third as wide; rounded or blunt at the end, tapering to a common point of union at the end of a downy leaf-stalk 1 to 2 in. long; when crushed they have a strong, pungent, rather unpleasant odour, and held against the light will be seen to be pitted with numerous oil-glands. Flowers produced in a cluster of axillary corymbs at the end of the shoot, each corymb three- to six-flowered, with a slender, downy stalk 2 to 3 in. long. Flowers white, 1 to 11⁄4 in. across, with five roundish oval petals; fragrant like hawthorn. Bot. Mag., n.s., t. 318.

This fine evergreen is of interest as being one of the very few shrubs native of Mexico that are hardy near London. It survived practically uninjured the great frosts of February 1895 at Kew, also the trying winter of 1908-9. But for some constitutional reason it is often injured during spells of lesser cold, especially after the New Year. It was severely damaged in many gardens in the winters of 1961-3 but will usually come through winters of moderate severity without serious harm. Its normal flowering time may be considered April and May, but it often produces flowers more or less up to September. On a few occasions after a very mild November, it has been seen in full blossom in December. It should have an open but sheltered spot, and the soil may be a rather light loam. It is better to encourage short, well-ripened growths rather than thick, sappy ones. Cuttings made of half-ripened wood root quickly placed in gentle heat; those of a little harder wood will take root in a cold frame. 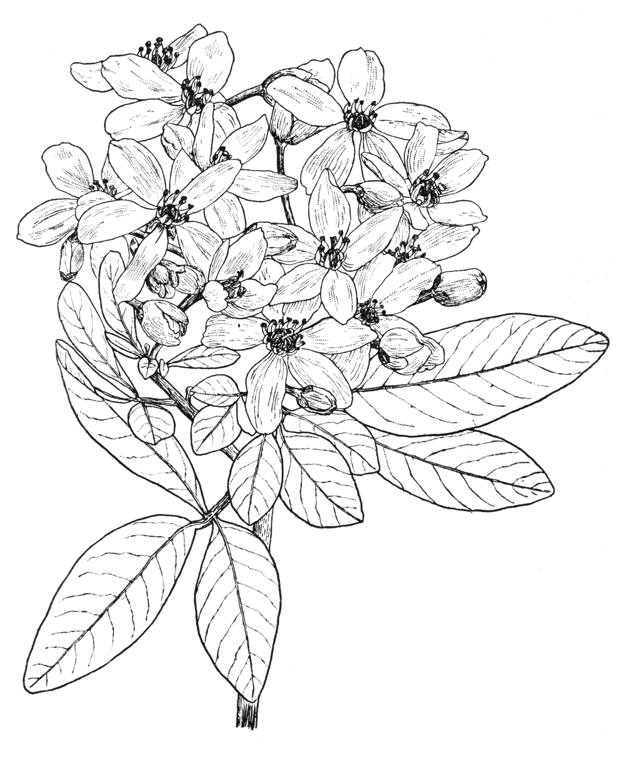