A climbing, twining shrub 12 to 14 ft high with downy, naturally woody stems. Leaves 11⁄2 to 4 in. long, ovate or heart-shaped, sometimes three- or five-lobed, rounded or pointed at the apex, downy beneath, especially when young, becoming glabrous (except on the nerves) and bright dark green above, prominently three- or five-nerved. Flowers in axillary clusters, expanding in August. Fruit spherical, 1⁄4 in. diameter, black covered with a blue bloom, produced in clusters of six to twelve, ripe in October, and then rather handsome.

Native of Japan, Korea, and China. The down, or small hairs, on the stems point downwards. The plant from which our figure was made was introduced to Kew from Japan by Prof. Sargent, but the species was in cultivation before 1870. 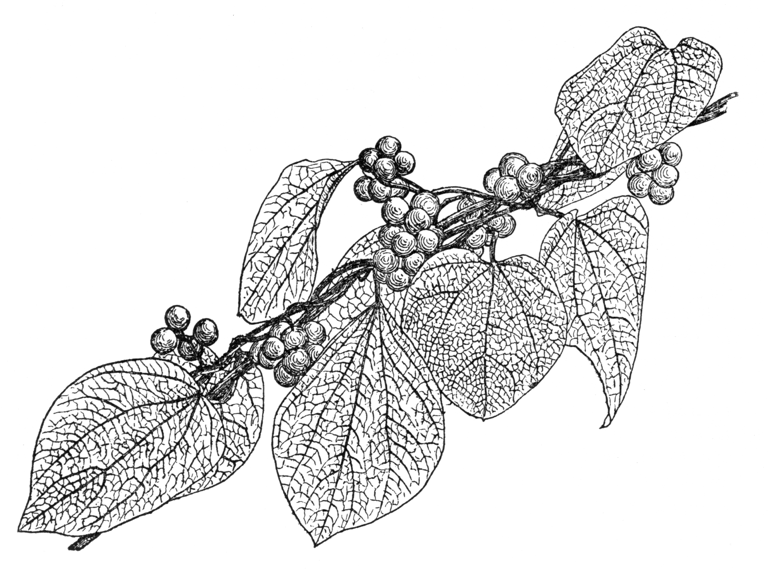