A tree 200 to 300 ft high, with a trunk 8 to 12 ft in diameter; main branches horizontal, secondary ones pendulous; young shoots usually more or less downy, with terminal buds that are ovate, pointed, 1⁄4 to 1⁄2 in. long, brown, shining; also occasional axillary buds along the shoot. Leaves disposed either all round the shoot or (especially on weak shoots) in two opposite ranks crowded, linear, 3⁄4 to 11⁄2 in. long, 1⁄16 to 1⁄12 in. wide; rounded or blunt (never notched) at the apex, of various shades of green (from grass green to glaucous green), and with several lines of stomata each side the midrib beneath. Cones pendulous, shortly stalked, averaging 21⁄2 to 4 in. long and 1 to 11⁄2 in. wide at the base, slenderly egg-shaped, pointed, very distinct on account of the conspicuously obtruded bracts. Male flowers axillary, composed of a cylindrical cluster of orange-red stamens.

Native of western N. America from British Columbia to California; discovered by Menzies in 1793, and introduced by Douglas in 1827.

In favourable situations the Douglas fir grows with extreme rapidity, and has already reached in many places a stature of over 150 ft. To get it at its best it requires a climate where the rainfall is abundant, and at least a moderately good soil. On dry, hungry soil, and in bleak spots, it is a failure. To see this tree in its finest condition and in its greatest numbers one must visit the Perthshire properties. Solitary trees are magnificent, the enormous trunks supporting a mass of large plume-like branches.

The vernacular name Douglas fir is used for this species as a whole (and sometimes for the whole genus Pseudotsuga). But the typical state is often referred to as Oregon, Green, or Coastal Douglas fir, to distinguish it from the inland race (see var. glauca below).

As might be expected from its extended habitat, it shows much variation. In any large group of trees more or less distinct shades are discernible. The most distinct of the varieties are:

var. glauca (Mayr) Franco P. douglasii var. glauca Mayr; P. glauca (Mayr) Mayr Blue or Colorado Douglas Fir . – This differs in general appearance, and has its own habitat. The common and finest type of Douglas fir occurs near the Pacific coast, in British Columbia and Washington. The var. glauca is of inland and mountain distribution, and is hardy in places where the other will not live. It differs in being a smaller tree, in the leaves being stouter and often very glaucous, and in their having a turpentine-like odour. A more significant difference is that the cones are smaller, usually under 3 in. long, with reflexed bracts. But these distinguishing characters do not always appear in combination, and various intergrades occur which blur the boundary between the two races.

The following are garden varieties:

cv. ‘Brevifolia’. – A bushy small tree with light green leaves more or less radially arranged, some backward pointing, 1⁄4 to 1⁄2 in. long, blunt at the apex. Raised by William Barron and Son, Elvaston Nurseries, nr Derby, before 1875.

cv. ‘Fletcheri’. – A dwarf, usually flat-topped shrub, attaining 6 ft or even more in height, more in width. Leaves radially arranged, exposing their glaucous undersides, 1⁄2 to 3⁄4 in. long. It was raised from imported seeds of the var. glauca at the end of the last century and put into commerce by Fletcher’s Ottershaw nursery, Chertsey, Surrey. For the full history see Hornibrook’s Dwarf and Slow Growing Conifers, Ed. 2, 225-6.

cv. ‘Fretsii’. – A dwarf, pyramidal tree with dark green leaves, radially arranged and 3⁄8 to 1⁄2 in. long, rather wider than in ‘Brevifolia’. Raised by Messrs Frets and Son of Boskoop, Holland, who thought at first that it might be a hybrid with Tsuga sieboldii. The largest recorded specimen in Britain grows in the Pinetum at the Royal Horticultural Society’s Garden, Wisley, Surrey. It measures 41 × 31⁄4 ft (1969).

cv. ‘Stairii’. – foliage of a pale greenish yellow. it originated at castle kennedy, wigtonshire, before 1871. 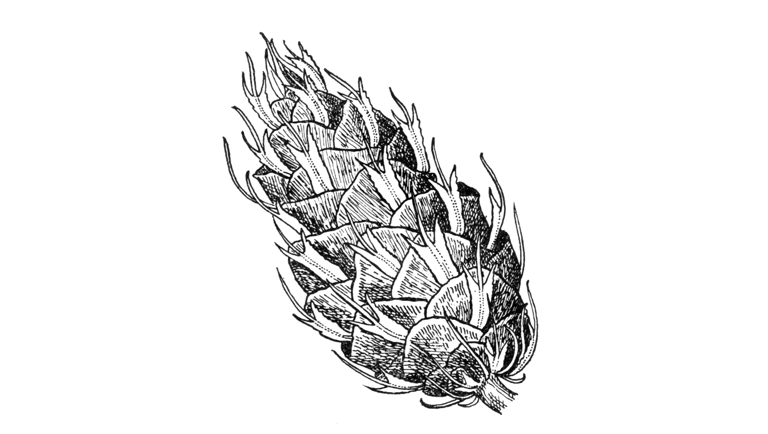 Some others notable for height or girth are: