A deciduous small tree or shrub, 15 ft or more high. Leaves 2 to 4 in. long, ovate, oval, or obovate, more tapered at the base, and less distinctly stalked than in S. ovata; the apex is pointed or blunt, the margins toothed, the lower surface more or less hairy. Flowers solitary in the leaf-axils, 21⁄2 to 31⁄2 in. across; calyx 3⁄4 in. across, with five broad, pointed, hairy divisions; petals white, silky on the back; stamens purple, with bluish anthers, forming a conspicuous and beautiful centre to the flower. Fruit woody, egg-shaped, 1⁄2 in. in diameter. Bot. Mag., t. 8145.

Native of the south-eastern USA from Virginia to Florida, west to Louisiana and Arkansas, easily distinguished from the other American species, S. ovata, by the united styles and by the smaller and differently shaped leaves. It was introduced to Britain by John Clayton, probably from Virginia, and flowered in 1742 in the garden of Mark Catesby, the famous author of The Natural History of Carolina. A year or so later it was portrayed by the great botanical artist Ehret from a plant growing in the garden of the young John Stuart, Earl of Bute, at Caenwood House, London (now Kenwood House). The Ehret portrait was sent to Linnaeus by Isaac Lawson, with a dedication to the Earl in which his family name was mis-spelt “Stewart”, and it was from this portrait, and from a Clayton specimen passed on to him by Gronovius that Linnaeus described the genus in 1746.

By the 1830s S. malacodendron had become a rather uncommon plant in gardens, the reason being, according to Loudon, that it was slower-growing than its fellow-American S. ovata. The only large plants he mentions grew at the Mile End nursery, where they had probably been planted by James Gordon the Elder. It is now one of the rarest of American shrubs and should be planted more often. Starting to flower in July, it continues into August, being at that time one of the handsomest and most distinguished shrubs in flower. But needing more than average summer-heat, it is not a species for the cooler and rainier parts of the country. The largest plants recorded grew at Syon House, London; at the Knap Hill Nursery near Woking, and at Stoke Poges in Buckinghamshire – all in or near the Thames Valley. 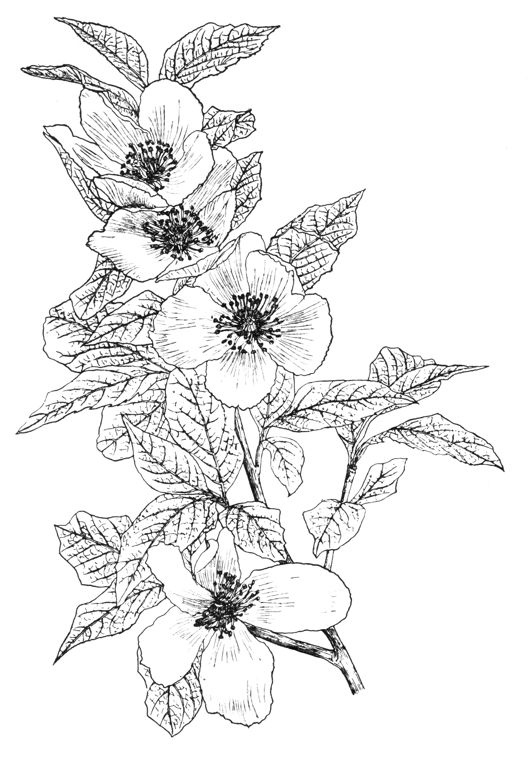