A woody species growing about 2 ft high; stems round. It has evergreen, narrow-oblong leaves, stalkless, 11⁄2 to 31⁄2 in. long, 1⁄2 to 1 in. wide. Flowers either solitary or in terminal cymes of three to seven, bright yellow, 11⁄2 to 21⁄2 in. across; stamens in five bundles, some as long as the petals; styles united to form one slender tapering column 1⁄2 to 3⁄4 in. long, divided at the top into five radiating stigmas. Bot. Mag., t. 334.

Native of China and Formosa; introduced by the Earl of Northumberland who received seeds from China in 1753, from which plants were raised in ‘his Lordship’s curious garden at Stanwick’ (Miller). It was at one time grown in greenhouses, where it flowered most of the year, but Miller grew it in the open air at Chelsea, keeping reserve plants in pots in case the outdoor ones were killed. The species may be tender in some forms, but at Grayswood Hill near Haslemere it has thrived in the open air at the foot of a south-facing terrace- wall for over half a century and the offspring of these plants have proved hardy in other and colder gardens (see the note by Frank Knight in Journ. R.H.S., Vol. 96 (1971), p. 38). It flowers from July until autumn.

It is unfortunate that the familiar name H. chinense has had to be altered to H. monogynum. The reason for this nomenclatural change will be explained by Dr Robson in a forthcoming paper. 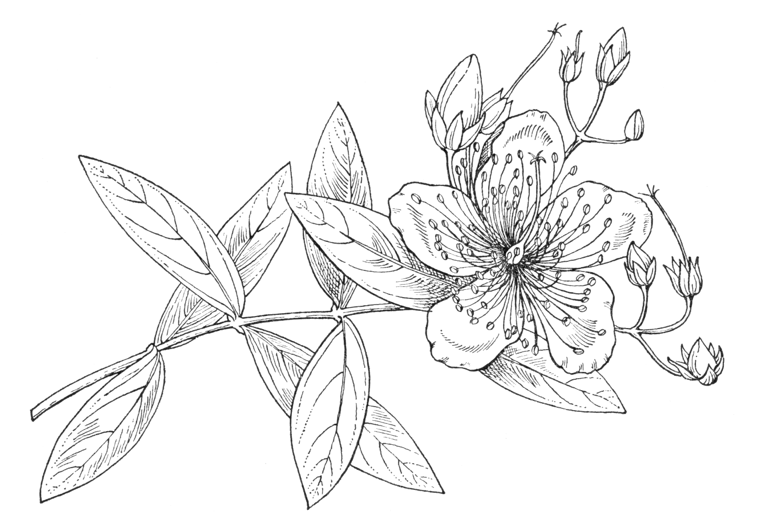