A medium-sized tree in the wild, with very much the aspect, in a young state, of P. wallichiana; young shoots greyish green, often covered at first more or less densely with translucent glands. Leaves in fives, mostly falling the second year, 4 to 6 in. long, white with stomata on two sides, glossy green on the third, pointed, minutely toothed on the margin; leaf-sheath soon falling away. Cones 4 to 8 in. long, 21⁄2 to 3 in. wide before expanding, tapering slightly from the base. Scales thick, broadly triangular, about 11⁄4 in. long. Bot. Mag., t. 8347.

Native of western and central China, particularly common in the south-west, where it extends into Burma; it also occurs in Formosa and (according to some authorities) in Korea. A closely related species (not further mentioned) is found in the Japanese islands of Yakushima and Tanega-shima – P. amamiana Koidz. P. armandii is named after the great French missionary-naturalist Père Armand David, who discovered it in Shensi in 1873. It was introduced to Britain by Augustine Henry, who sent seeds to Kew from Mengtsz in S. Yunnan in 1897. But two years previously seeds had reached Maurice de Vilmorin at Les Barres from the French missionary Père Farges.

The trees at Kew raised from the seeds sent by Henry grew quickly when once established, and first bore cones (infertile) in 1909. Two of these trees still exist; they are 52 and 60 ft high respectively, and about 33⁄4 ft in girth (1971).

P. armandii, although of interest as one of the very few pines of China, is of no value as an ornamental tree and does not thrive so well as the Himalayan five-needled pine – P. wallichiana. From this it is easily distinguished by its relatively broad scarcely tapered cones with thick scales.

P. armandii was reintroduced by Wilson for Messrs Veitch in 1900 and again for the Arnold Arboretum in 1908. Probably most trees in private collections are from this source or from seeds collected by Kingdon Ward in Yunnan. A specimen at Wakehurst Place, Sussex, pl. 1914, measures 60 × 43⁄4 ft (1970). 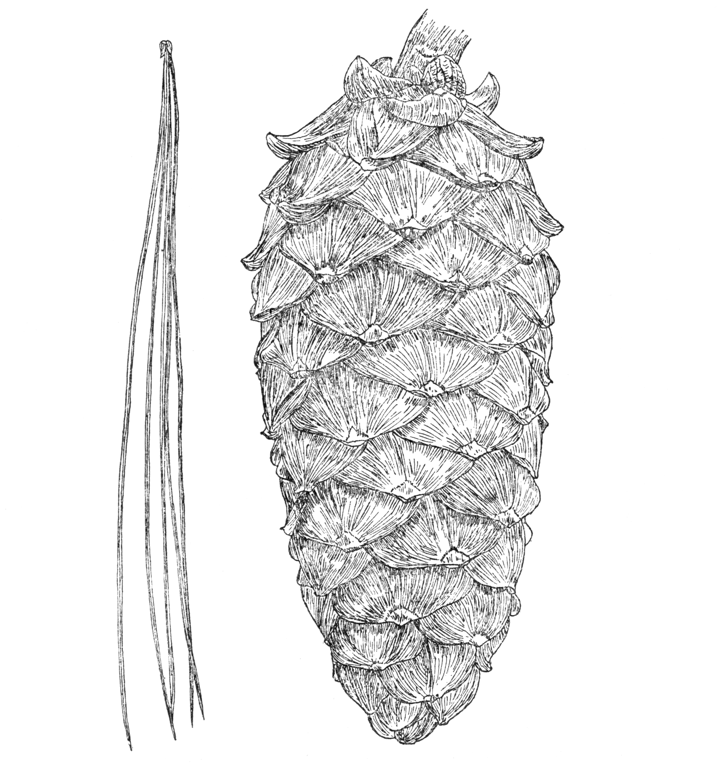 There are young plants at Kew and Wakehurst Place from Keith Rushforth 360, collected near Kunming in 1980.