Although by some authorities regarded as a variety of P. halepensis, this seems to be a distinct, though closely related, species. The tree is of thin, ungainly habit; its leaves (in pairs) are 4 to 6 in. long, its young shoots are green, and more flexible than in P. halepensis; finally, its cones point forwards instead of backwards, and are thicker (2 in.) at the base. It is rather lacking in attractive qualities, being thin in branch and leaf and inferior in this respect to P. halepensis. It was described by Tenore in 1811 and was said by him to occur wild in western Calabria, though it has not been rediscovered there since. Its main distribution is in Asiatic Turkey and the Near East, as far east as Kurdistan; it also occurs in the Aegean and Cyprus.

P. brutia is rare in cultivation, the only large specimen recorded being one at Kew, which measures 44 × 6 ft (1971).

This species was by some 19th-century botanists confused with P. nigra var. cebennensis under the name P. pyrenaica.

P. pityusa Stev. P. halepensis var. pityusa (Stev.) Gord. – This interesting conifer occurs along the north-eastern coast of the Black Sea from Anapa to Pitsunda. It is closely related to P. brutia, differing mainly in its shorter leaves. 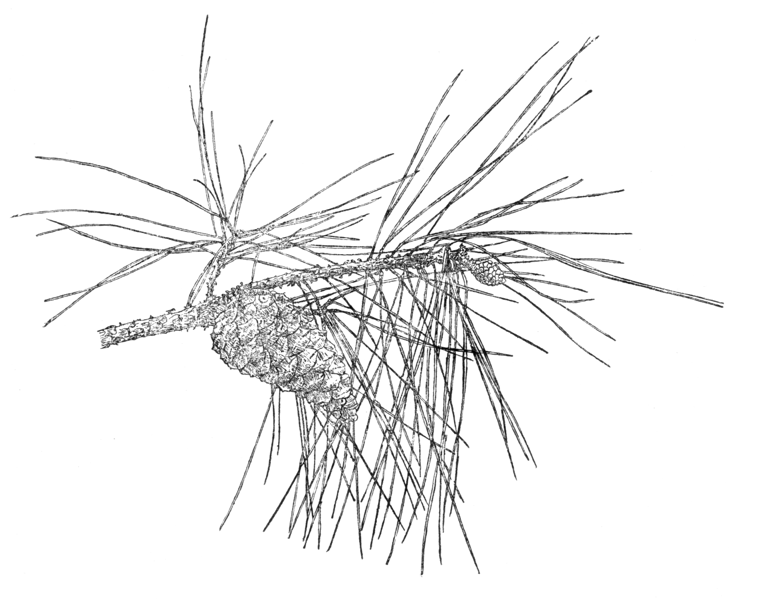