A small semi-evergreen tree of slender, pyramidal habit when young; branchlets dull and grey, furnished at first with stellate scurf. Leaves ovate-oblong, slightly heart-shaped at the base, taper-pointed, with nine to twelve parallel veins either side the midrib, each terminating at the apex of a comparatively large, incurved, triangular mucronate tooth, 11⁄4 to 23⁄4 in. long, 1⁄2 to 11⁄4 in. wide, shining with a rather metallic lustre above, duller beneath; both surfaces quite glabrous by the time the leaf is fully grown; stalk 1⁄8 in. or less long. Fruits usually solitary, scarcely stalked, 3⁄4 to 11⁄4 in. long; acorn truncate; middle scales of cup recurved, the upper ones upright or incurved.

Native of S.E. Italy (Apulia), the western Balkans, and also found in one restricted area in W. Anatolia; introduced to Kew in 1890. A very distinct oak, rather stiff in habit and retaining its leaves until December or later. It is very hardy, and I have never seen it injured by frost. As described, this oak resembles Q. libani, but it is really a much stiffer tree, the leaves are shorter and greyer green, and both they and the fruits are much shorter stalked. 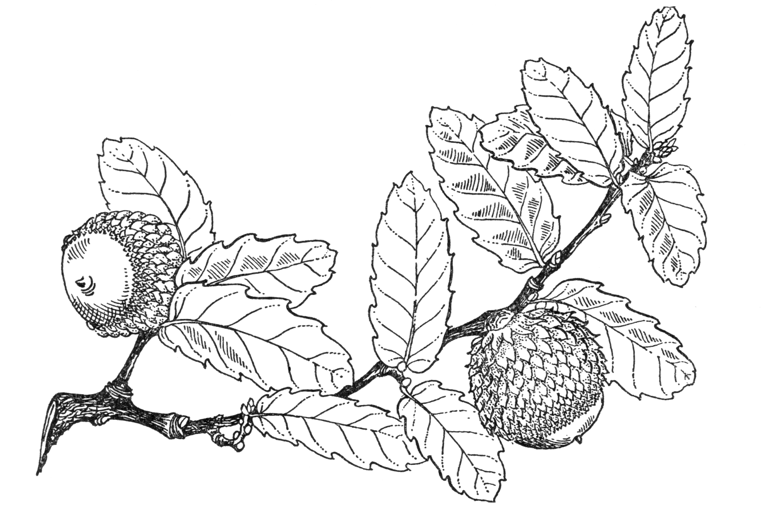